If you're new here, you may want to subscribe to my RSS feed. Thanks for visiting!

ELF Fans listen up the new Holiday Collections have hit Target and they have sets starting as low as $3.00! 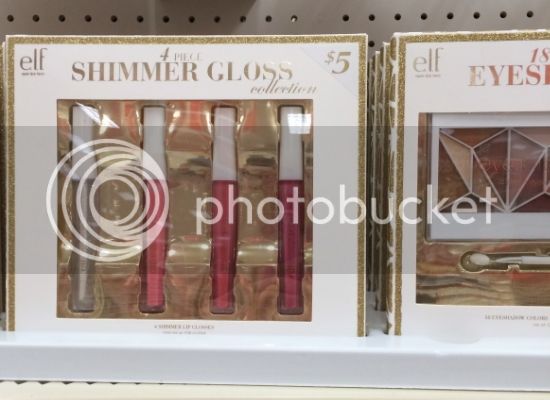 Looking for suggestions on what to pick up from the Holiday Line?

I have to say the regular ELF line offers more misses than hits in my opinion (though I like the Studio line quite a bit) so it’s hard for me to suggest much from that line.

Having said that though I do love the $1.00 ELF Bronzer in Sunkissed which I think is the one that comes in the set with the brush for $3.00 so I recommend that.

I also recommend the nail polish and lipglosses as well.

I think these sets would be great for cheap stocking stuffers for that young girl just getting into makeup or teen in your life.

Who am I kidding though I actually wouldn’t mind getting some of the glosses or polishes in my own stocking haha.

What do you think?

Will you be picking up any of these sets?